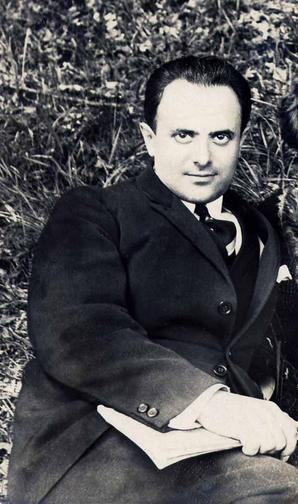 David Friedman(n) was born in Mährisch Ostrau, in Austria-Hungary, now Ostrava, Czech Republic. He studied etching with Herman Struck and painting with Lovis Corinth in Berlin. He achieved acclaim as a painter known for his portraits drawn from life. In 1924, his quick-sketching ability led to an additional career as a freelance newspaper press artist. He produced hundreds of portraits of famous contemporary personalities such as Albert Einstein, Arnold Schönberg, Thomas Mann and Emanuel Lasker. Friedman's talent for portraiture played a central role throughout his career and saved his life during the Holocaust.

After Hitler came to power in 1933, his successful prewar career ended. As each of his options narrowed, he continued to produce art illustrating the events and personal experiences of his time. In 1938, Friedman fled with his family to Prague, escaping from the Nazis with only his artistic talent as a means to survive. In 1941, the Nazi authorities looted his oeuvre of 2,000 works in Berlin and Prague. Friedman depicted human fate as a refugee in Prague, as a prisoner in the Lodz Ghetto, in the Auschwitz sub-camp, Gleiwitz I, and as a survivor. His wife and little daughter perished. Torn from his memories, he created the powerful series, Because They Were Jews! The artwork shows the evolution of the Holocaust from his deportation to the Lodz Ghetto and several concentration camps until liberation.

He never stopped painting throughout his postwar journey from Czechoslovakia to Israel to New York, Chicago and  St. Louis, where he died at the age of eighty-six. Friedman is recognized internationally and his works are displayed in the permanent exhibition of the Holocaust History Museum, Yad Vashem, Jerusalem, among other institutions and museums.